Today is a bit weird… I started the morning doing finishing touches to Dot for my RedBubble store… she looks so cute!

Then I did a Zentangle warm-up, at first I was like, ewww, yuk… but I kept at it and then something nice happened and now it’s kinda cool. I’ve experienced the ‘ugly stage’ with my art before, so I knew that if I kept at it, it might turn out ok.

Next I started working on today’s monster… the shape was a pointy triangle (I guess Dot is a rounded triangle)… and I get the feeling I was starting to feel the pressure last year, because I never really liked this one. What is she an Angle Vampire? Also I seem to have stopped naming them at this point, so she doesn’t have a name either.

I started thinking about a chocolate candy bar commercial where the chocolate was indulgently sinful, but oooh so good… like an angle vampire, I guess. I think it was Dove chocolate… so I’m naming her Dove.

So I drew her head on, from the side, and then three quarter angle… but I don’t know, she needed something more. I thought maybe Morticia’s dress would be cool… and maybe new wings… the dress turned out cool, the wings, not so much. So I drew her again with Morticia’s dress and the old wings… I think I’m going to sit on it for a bit and see if that’s the direction I want to go before I get out the dip ink. And as you can see, the sun has encroached upon my desk, so that will give me a few hours to think. 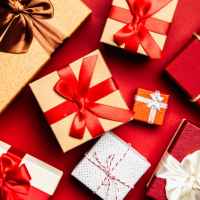