Wow, I’ve been away from the blog for longer than I had planned.  I’ve been getting settled into our new apartment.  This past week I’ve been trying out an Adobe app (Adobe Photoshop Sketch) on my Chromebook.  I’m a little disappointed that the  Android version of the app doesn’t have all the bells and whistles as the iOS version.  But rather than scream from the rooftops how unfair it is to not get the same program when it clearly states it’s for both platforms, I’ll just show you what I created on my Chromebook.

After watching Eni Oken’s video on Organic Borders, I worked on this for maybe three days on and off on the couch with my Chromebook (that comes with it’s own stylus so that I didn’t have to draw with my finger).  I kept saving to ‘the gallery’ not realizing at first that I was saving a new file each time.  By the time I finished the project, I had 117 png files.  Since the Android version of the app doesn’t have playback, I made my own gif file out of the randomly ordered files… Enjoy (click to enlarge)! 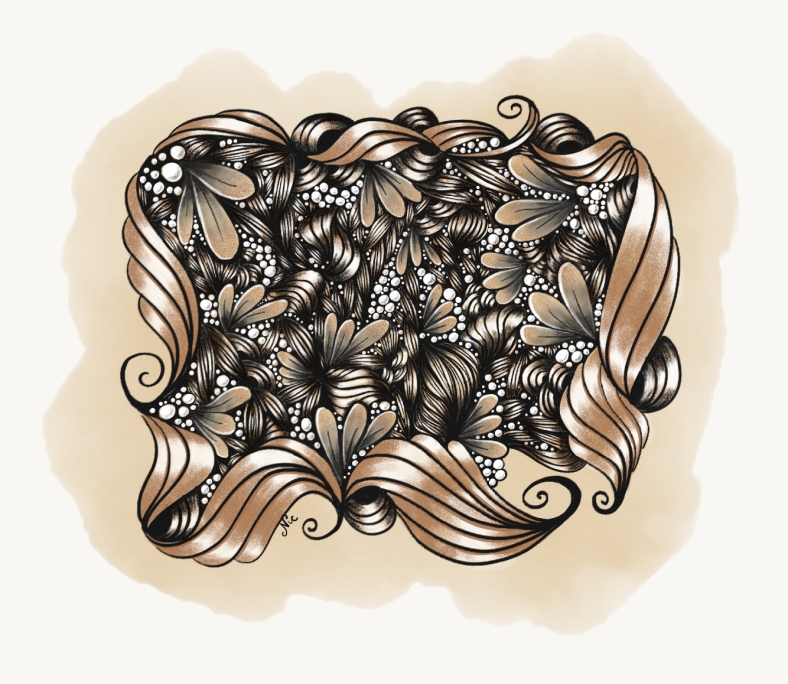