Inktober, days six, seven, and eight… I didn’t draw much this weekend and played catch up today.

Day six’s shape was a teardrop… once I drew the eyes I saw a crab and then looked up a crab as reference.  S/He was hard to name… several names later I settled on Tootsie Pop, because she has a hard shell…

Day seven’s shape was an oval.  This one for some reason just wasn’t coming today.  I started with the horns and it just looked too mean/angry to be in this crowd of monsters… so I changed the eyes and added a nose.  Then the problem was what to do with the rest of the body… my husband suggested that he be behind someone then I wouldn’t have to worry about its arms and legs.  I decided that he needed a name that said that he was ‘soft in the middle’… we came up with Bonbon… then my husband added Cinnamon because he has a bite. 🙂 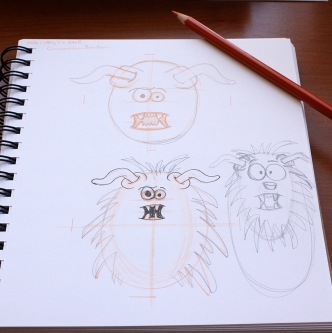 Day eight’s shape was a combo of a rectangle and a square… this one came quickly to me. 😀  Earlier in the week, my husband had suggested that I make one of the monsters little and multiple to fill in the spaces.  Of course, this one would be Nerds. 😀 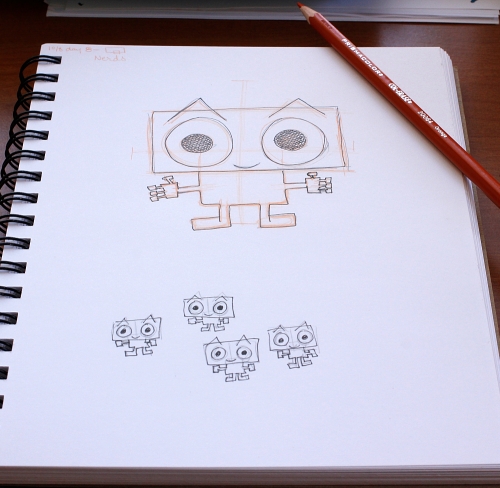 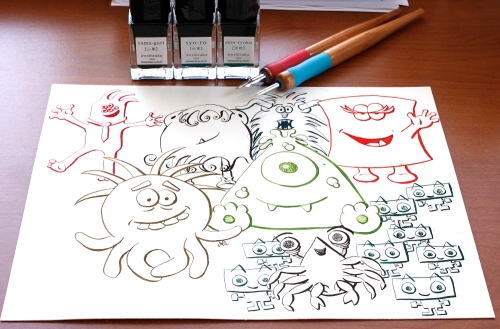 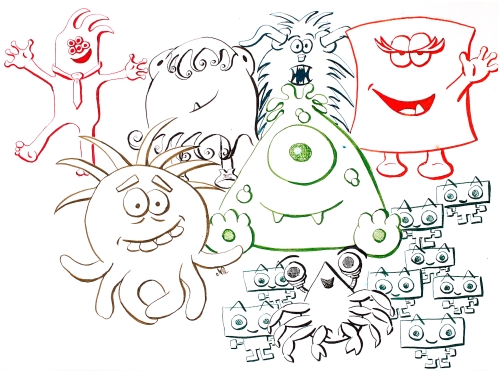 As I stated in a previous post, I asked my husband to help me name all the monsters, he suggested naming them after candy. 😀

Now I need to figure out where the other monsters of the month will go… do I just start a new page or do I try to have all the pages become one big page?  Also do I add some shading to help with the read of who is behind who?  I have some ideas, I just have to get past the timidness of ‘ruining’ the piece.