I’m a photographer, I express myself through photos, which is good because lately it has been hard to find my words. Last night was the first night since Mid-December (nearly 1.5 months) that my pup has slept through the night.

I didn’t sleep through the night, I kept checking on her.

We don’t know how long she has, it could be months, hey, it could be years!… I don’t want to ponder it. I want to focus on the good…

She slept through the night, that’s good! She has reduced her excessive drinking and peeing since she was prescribed anti-inflammatory meds (rimadyl). Her ear thing was an infection, a bacterial infection that is different from the yeast infections I’m used to seeing in a Basset Hound… it had no smell, the discharge is inconspicuous, but it is very painful. 😦 She is getting drops and her ears seem to not hurt anymore. She eats all her food, maybe it’s her preference to have it as a soup with rice and hot water now, rather than she can’t eat it crunchy like before when her ears hurt.  Her front shoulders no longer seem to be in pain.

Her back left leg is still strange… according to her x-rays she has bridging in her spine near the tailbone and her lymph nodes* in that area are enlarged… the rimadyl has improved her mobility, but she still has trouble occasionally.

*It’s the lymph nodes that scare me the most. I don’t want to talk about it, I want to stay in denial. You may recall she had surgery back in April, Doc thinks it has come back and it’s in her lymphatic system.  X-rays show possible nodules in her lungs and spleen.  The Doc says the lab work didn’t explain the excessive drinking and peeing, but that it showed an increase in white blood count, which is an indication of the body trying to fight an infection, and he said that it shouldn’t be because of the ear infection alone.  So he prescribed her some antibiotics.

She still has quality of life… she has more strength in her back-end now that she’s on rimadyl.  We took her on a stroll yesterday, and brought the wagon for when she gets tired.

She gets belly rubs…

And we still try to play squeak with her…

We spent the weekend on the futon hanging out with her and binge watching Star Trek TNG on Netflix and watching the last three episodes of Critical Role.

She’s currently snoring on her bed and it’s a sound I’ve always loved.  It lets me know she is comfortable and content and that she is sleeping soundly.

As you can imagine my posting will be much more sporadic in the coming days. 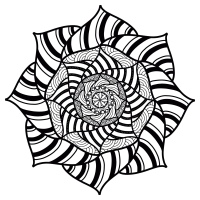 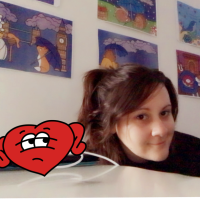