Let’s see where was I?  Oh yes, I was telling you about my strange October… if you missed part one, check it out here.

Once I returned from my visit to Seattle on Monday evening, I had a week to prepare myself to be in the jury pool.  I felt a bit better about it, now I knew I could handle myself alone downtown.  The night before I made this zentangle… 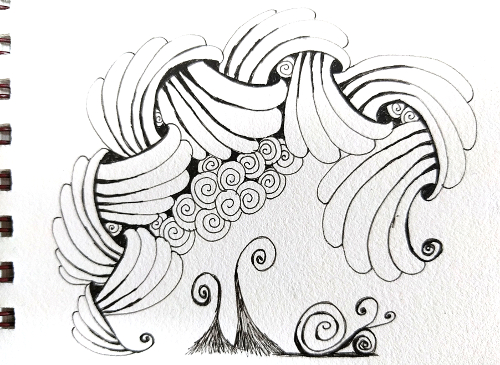 The night before Jury Duty

On the day of my summons, I rode the train to downtown then walked to the courthouse (I had to catch the 6:30am train to get to the courthouse on time, the next train would have made me late).  Once inside, I waited in the jury lounge, watched the jury how-to movie, and then continued to wait for my name to be called.  Meanwhile, I read from my tablet and worked on creating zentangles…

While waiting in the Jury Pool 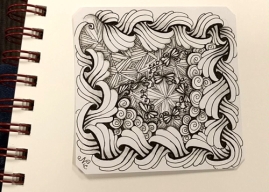 We were released for lunch for over an hour… I walked to Panera and enjoyed a bowl of tomato soup (one of my comfort foods).  Then I returned to the jury lounge early because it was unseasonably hot and I actually felt safer in the courthouse than wandering the streets downtown.  I continued to wait… then around 2:30 we were told that all the courtrooms were filled and that we could go home.  Our jury duty was completed.  Woohoo!  It was such a stressful day, just waiting!  But I was so pleased that I would not have jury duty interfere with my holiday!  Yipee! 😀

That night I started this zentangle… 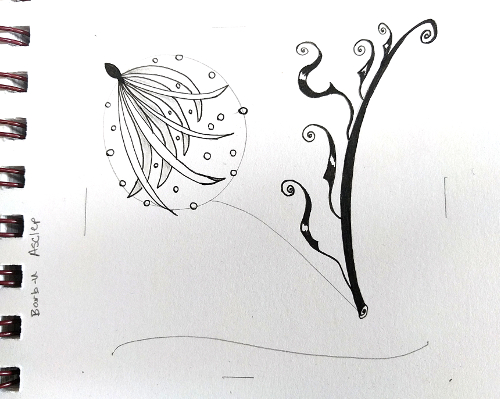 Once home from Jury duty – incomplete

Doing zentangle last month really helped when I was stressed out.

Our holiday officially started the eve of Friday, Oct 21 and continued until Sunday, Nov 6.  We spent the time playing Mansions of Madness several times (one of the games I played at the conference), watching several movies, sleeping in, and doing the most important thing – relaxing and enjoying each other’s company. 😀

I drew on his mug nearly every morning (although I didn’t remember to take a photo every time)… there’s a bit of a Halloween* theme going on here, and for awhile just tentacles (most likely the days we were playing Mansions of Madness), and I figured out that I could get the whole design better if I took a photo from inside the mug, then flip it in post… enjoy the silly… 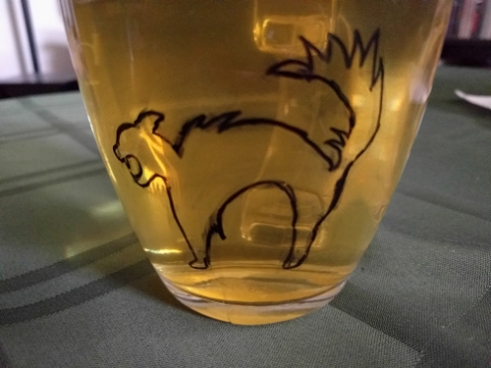 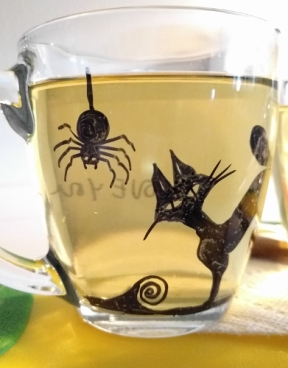 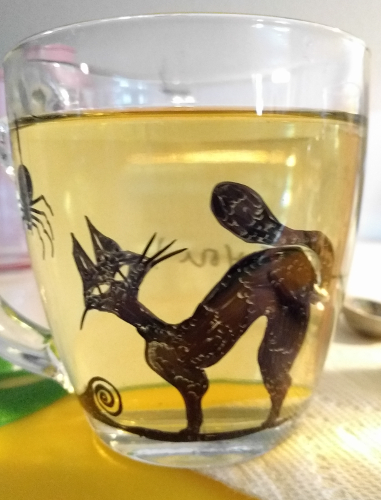 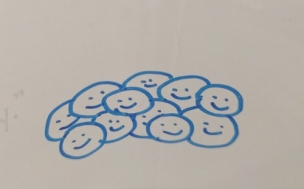 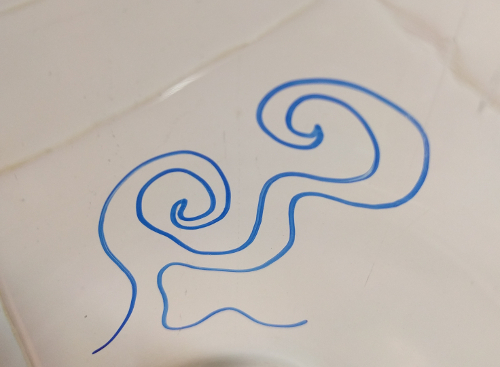 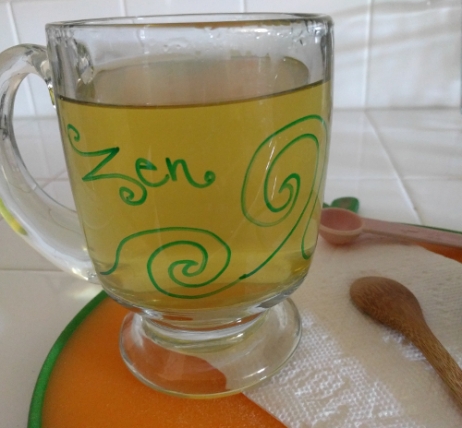 *the cat drawings were inspired by a couple of google image lookups. 🙂

You might be asking, but what about the reboot?

So the first month went swimmingly… but it was a pace I just could not keep up.  So the second month felt like a complete failure and I just didn’t want to talk about it.  But then I realized that the point of if all was to look and *feel* better by my 45th birthday.  And telling myself I was a failure was not the road I wanted to go down.  For October I wanted to focus more on my state of mind rather than on a scale.

And even though I had a couple of stressed out moments, overall the month was full of silly and fun – which is how it should be.

I also picked up a coloring book called, Imagimorphia and started working on my color shading…

So overall, I think I had a pretty great month! 😀