For the month of December, the One Four Challenge is taking a look back over the last year for our Review Month.  I thought it would be interesting to ponder what I had learned throughout the year.

When I started this challenge, a year ago, I was using Photoshop CS6 for editing and printing, and Lightroom 4 for importing and organizing.  These are the programs I had been taught while completing a two-year Photography certification program at the University of California San Diego (I completed the program June 2013).  By January 2015, I was switching to Open Source programs, GIMP being my main photo editing software.  My reasons for switching from Photoshop and Lightroom are explained in this post.

My initial goals when starting this challenge were to learn something new each week, share what I had learned, and hopefully get a bit more exposure to my blog.  After the events in January, my goals transformed into switching my entire workflow to Open Source, learning something new each week, sharing what I had learned, and perhaps getting a bit more exposure to my blog.  Basically, there was a shift that happened in January, I was on a mission to swap out my current software for Open Source software while still maintaining a professional look to my photography.  Secretly, I called this mission Operation Badass.

I’m not going to lie, there were some hits and misses.  Sometimes, I wanted to just take the easy way out and revert back to my old ways.  But I stuck with it and I’m proud to say that I have, indeed, switched my entire workflow to Open Source:

For the longest time, I tried to only use UFRaw and GIMP to manipulate my photos because I wanted my tutorials to be accessible to everyone and all platforms (Linux, Mac & Windows), but DarkTable (which is not available for Windows) is a more powerful raw image manipulator than UFRaw so I’ve been using it depending upon my needs.

I’d be hard pressed to quantify how much I have learned this year, I’m just going to have to say I learned A LOT.  Most weeks I wrote a tutorial, on occasion I didn’t have time (each tutorial can take 5+ hours to write).  The weeks where a composite image was created I tended not to write a tutorial because it would just be enormous and entire books are written on composite that could probably explain the concepts more clearly than I could in one post.

I was also participating in another weekly photo manipulation challenge called After-Before Friday Forum, I wrote many tutorials and learned more about my software for those posts as well. 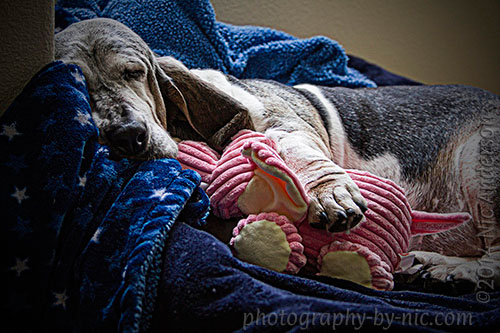 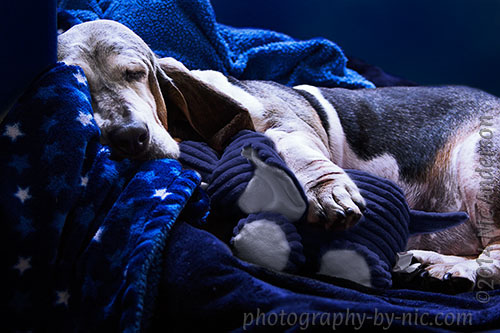 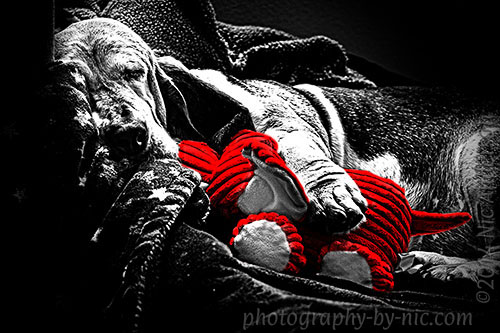 As stated earlier, in December 2014, I was still using Photoshop so all of these tutorials are written for that software.  I learned how to Grunge up my photos, something I’d always found appealing.  I learned a new way to create a contrasty Black & White image, while forcing the viewer’s eye to the areas I wanted them to look at.  I learned how to change the color of something within the photo that at first seemed impossible with my Blue Period image.  And lastly, I combined all those concepts and added a few more to get my image to be like the Sin City graphic novel. 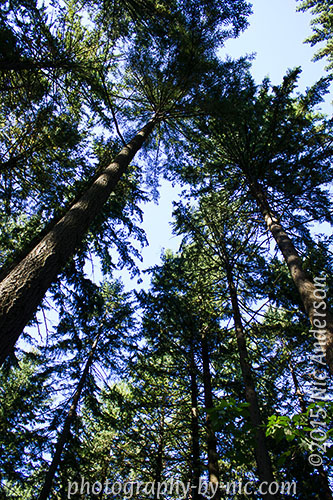 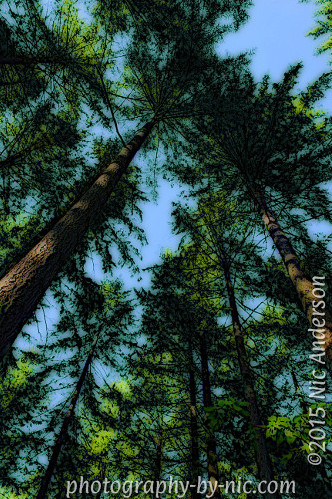 In January, I originally transformed a blown out sky using Photoshop, then I replicated the fix using GIMP.  Next, I tried my hand at converting my image to look like a Drawing.  I played around some more and converted my image to something that looked more like a Fingerpainting.  And lastly, I attempted to alter my image to look like it was taken in Moonlight. 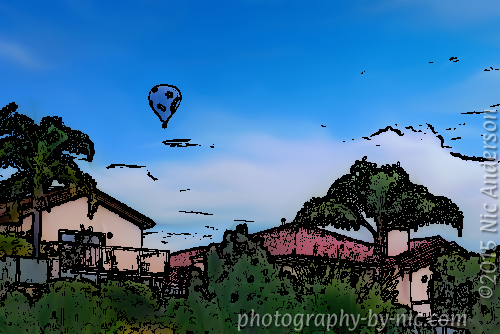 February was a difficult month, the image I chose was dull and didn’t seem to respond well to most of what I tried, but I stuck with it.  In the first week, I worked to get the image I wish I had taken.  The second week, I swapped out the sky.  I wanted to give the image some oomph so I bumped up the colors, changed the sky again, and then turned it into a drawing.  And lastly, I converted the image to Black & White using a filter plug-in that I am constantly exploring called G’MIC. 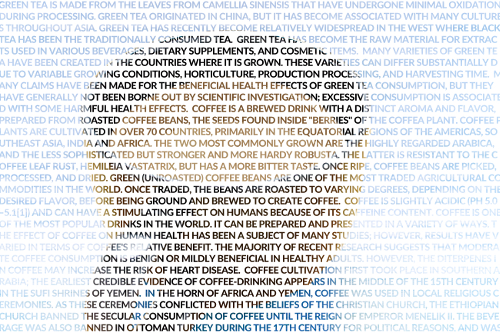 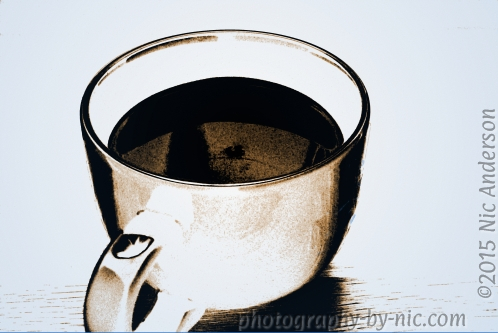 After the struggles I had in February, I was more prepared for March.  I looked to a book called, The Artist’s Guide to GIMP – Creative Techniques for Photographers, Artists, and Designers by Michael J. Hammel (O’Reilly, Amazon).  I picked out several techniques that I wanted to try, then I chose a photo accordingly.  The first week I altered my photo from a cup of tea to look like a cup of Coffee with Cream,  so that I could try out the technique of Steam for week 2.  I also figured out how to make a GIF animation.  I learned that GIMP’s warp and bend tools didn’t quite give me the look I was going for, so I used Photoshop Image-wrap to bend my logo onto the cup.  The third week I really had some fun, I created 5 different variations of an Image out of Text.  The last week, I really explored G’MIC and created 15 alternate versions of a Black & White Charcoal Drawing and then adding Split-tone Colors to it.

April was a review month, and I looked back on each month to compare the poll results. 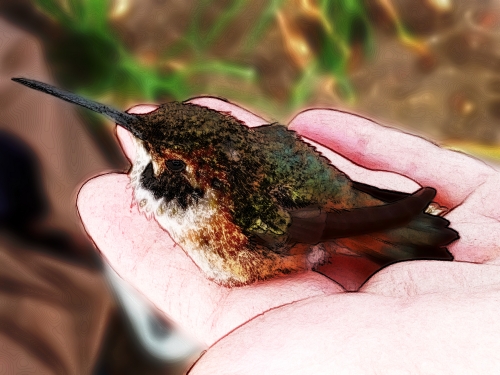 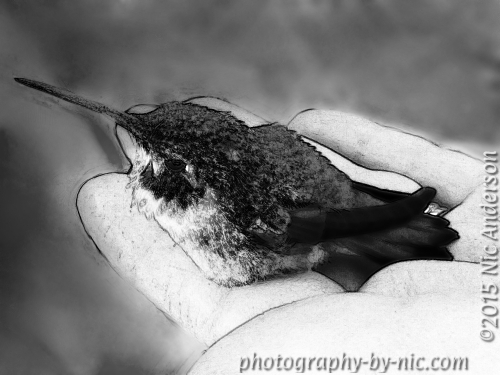 In May, I came across a baby hummingbird that had fallen out of its nest.  It perched onto my finger and then cuddled into my hand, allowing me to take it to a bird sanctuary.  I was so enthralled with the baby hummingbird event that I decided to have a phone photo the image of the month.  I once again flipped through the book, The Artist’s Guide to GIMP, and created 10 versions of my image in one go.  I revealed 5 of them throughout the month.  I created a dual-tutorial for weeks 1 & 2 because they were similar and one of them was a mistake that worked out to create other versions.  For week 3, I explored some brushes from the GIMP extension gps-gimp-paint-studio, and revealed two more versions.  For the fourth week, I continued to play around with the brushes and revealed a combo sketch/painting. 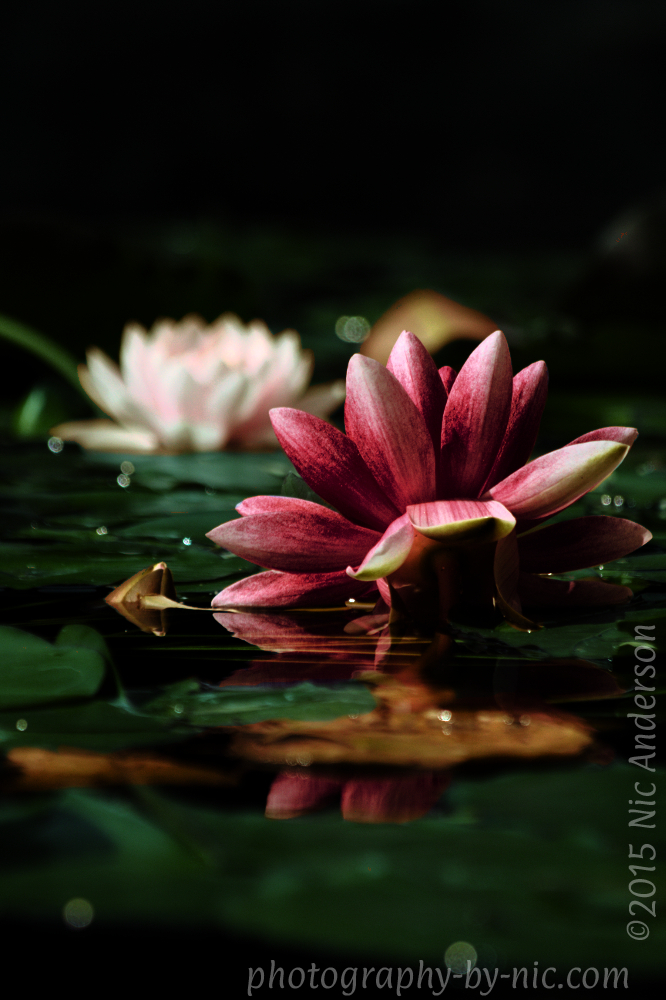 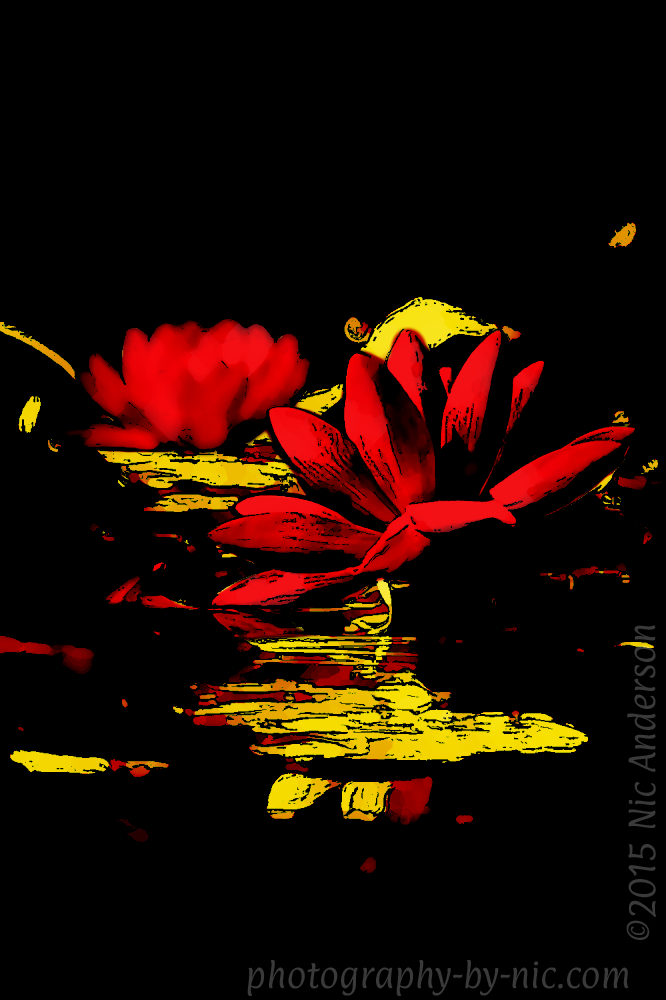 June was a fun month.  I started out playing with a G’MIC filter that reminded me of the film A Scanner Darkly.  Keeping with the movie theme, I created a Orange-Teal Hell image.  My husband suggested Film Noir for the third week.  And for the fourth week it was suggested that I go with dark moody 50s glam… like spy thrillers — Once I started looking up James Bond, I was intrigued to find out that the 60s movie posters seemed to gravitate towards a bright yellow and red with black, so I ran with it.

I took a two month break from the challenge. 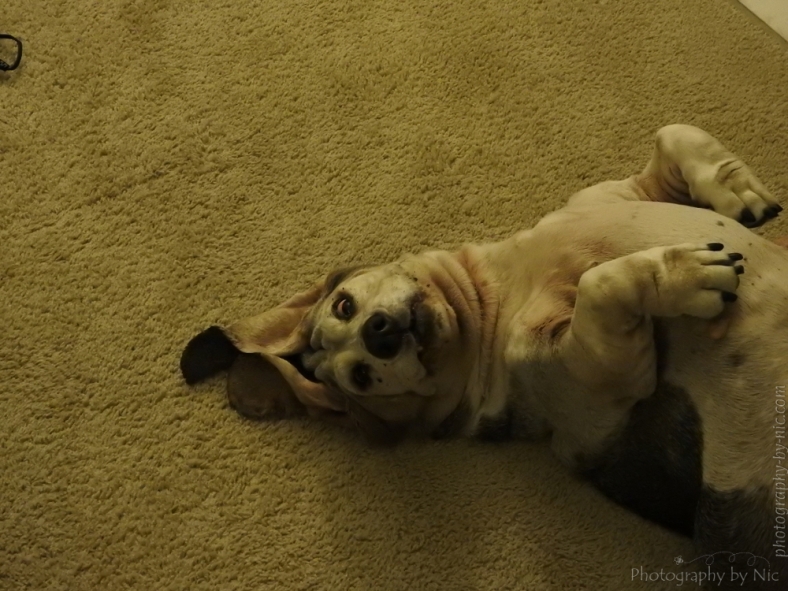 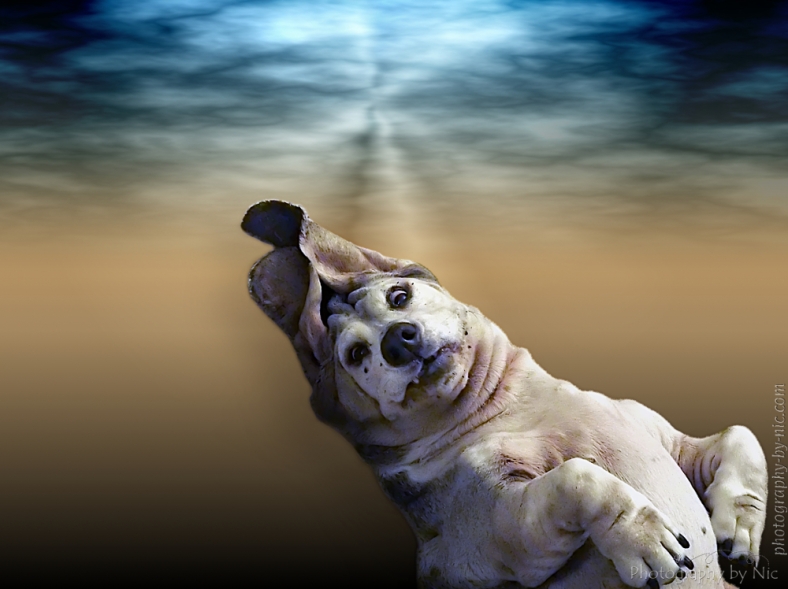 In September, I was feeling silly.  I found a fun photo of my pup and first fixed it, changing the white balance of a jpg, and removing some random stuff from the corners.  Then I experimented with a Dispersion Technique in week 2.  For week 3, I once again got out the book, The Artist’s Guide to GIMP, and played around with an underwater effect, that I eventually tried to morph into a water and sand look, but was mostly just Psychedelic. For the final week, with the help of that book again, I played around with cool & warm lighting effects and added some groovy glasses. 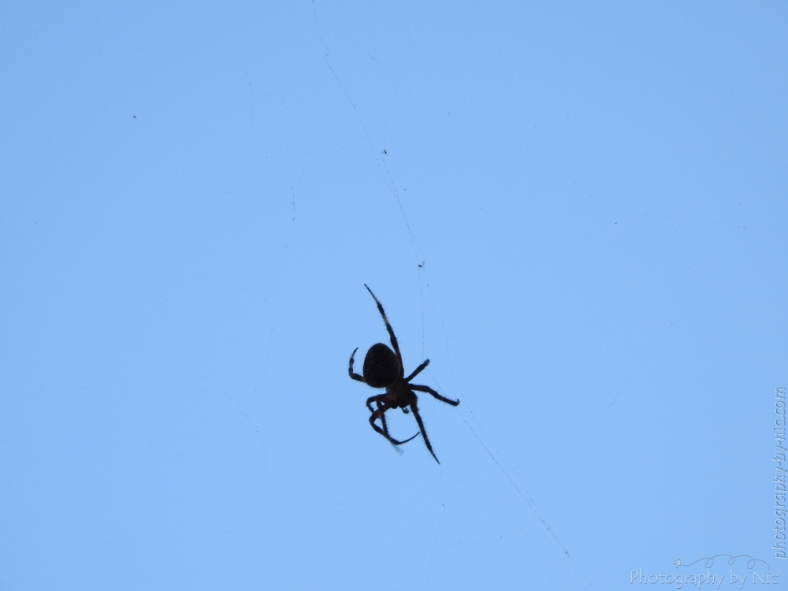 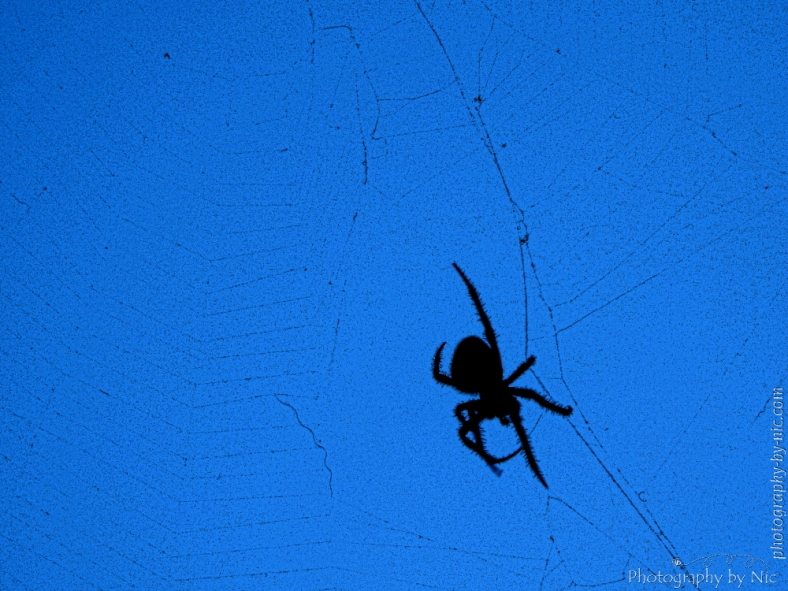 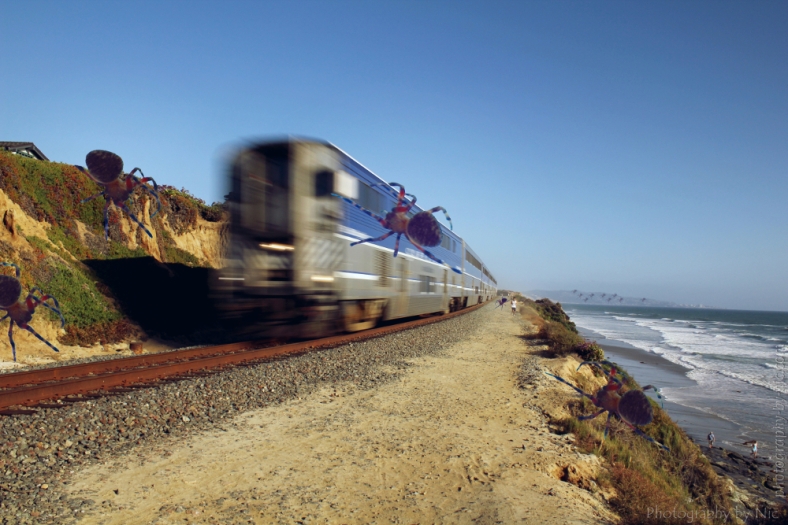 In October, I was feeling festive.  There was a huge spider hanging around my balcony and it became a star for a month.  A very simple Threshold adjustment created a Bela Lugosi inspired image.  G’MIC’s Engrave filter helped create a drawing look for week 2.  For the third week I attempted to make the web more visible.  Lastly, I had a bit of fun creating a composite with my spider image becoming an Army of Alien Spiders taking over. 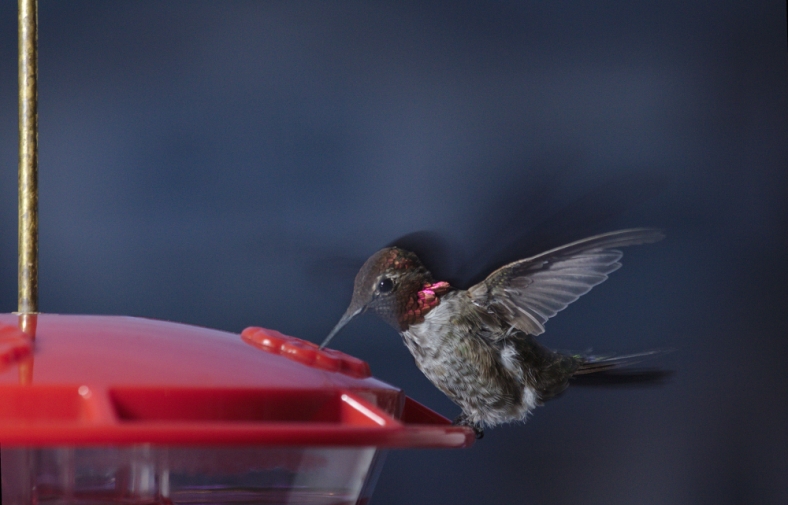 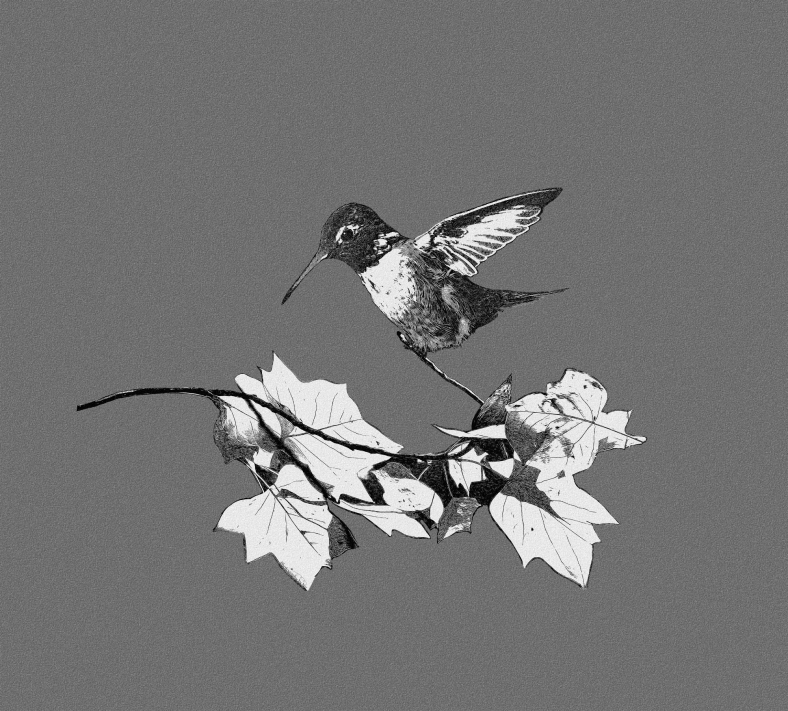 
In November, I substitute-hosted the One Four Challenge.  I decided to concentrate on a new technique I had recently learned about, Luminosity Masks, and apply them throughout the month.  I applied a Local Normalization filter in week one.  I played around with the Engrave filter in week two.  For week three, I amped up the colors.  And for week four, I didn’t use a Luminosity Mask, but I didn’t care because I really liked the Dream Smoothing filter.

This post only scratches the surface the amount of things I learned this year.  Whenever I wrote a tutorial I tagged it, so they should all be found here.  My birthday is a week after Christmas… with Christmas decorations going up before Halloween, it’s hard not to start thinking about my birthday and pondering over what I’ve achieved.  This year I’m feeling really good about my accomplishments and I have One Four Challenge and ABFriday Forum to thank for giving me a deadline and a drive to try new things. 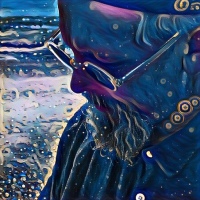