I would describe myself as a Canon girl.  Once I bought my Canon Rebel T2i, I pretty much stuck to the brand.  So when my husband mentioned a new Nikon that boasted a 24-2,000mm lens (Nikon CoolPix P900), I was curious but apprehensive.

I asked the usual questions you might ask if thinking about switching brands.

Q: What new equipment would I have to buy if I bought a Nikon (batteries, memory card, etc.)?

A: The battery would be different from Canon, and need to be purchased if I wanted a backup battery (but I figured that), and the memory card is the same as my Canon.

Q: Would the setting buttons be easy for me to get adjusted to?

A: They would be different, but I could probably figure it out.

I’m not switching brands, by the way.  I’m merely exploring other brands.  And those of you who have been following me since January know that changing to a new system is a challenge I will face and conquer.  Being ambidextrous in many things is a skill I seek out.

Next I wanted to revisit the definitions of optical and digital zoom.  I didn’t want to be disappointed.  As far as I can tell, digital zoom is basically cropping inside the camera – I don’t want that, I’d rather crop in post.  Optical zoom is zoom like you think, it gets closer to the subject while retaining all the pixels.

When my husband first mentioned it, it was a pre-order for April.  I sat on it, I wanted to read DP Reivew (a second DP Review) and see if it was all it said it was before I spent the money.

Since I waited, I had to wait some more.  All the stores had it on back order.  B&H Photo would have it in stock on April 20, but it’s in New York, so it would then take another week for it to get to me in California.  As an Amazon Prime member my order would be delivered in two days, but it didn’t say when it would be back in stock.  I hedged my bets and ordered it from Amazon.  It arrived on April 16th.

I’ve had it not quite a week and have taken it out four times.  Let’s see how it fares…

2. Settings are fairly intuitive, which is good because there wasn’t much info in the manual.  [EDIT: A more informative manual can be downloaded from here.]  After turning off the various noises (focus and shutter noise), and figuring out how to make it as manual as possible, I was able to get a really good photo of the hummingbird on my balcony.  This was taken about an hour and a half after taking it out of the box (some of that time was spent waiting for the hummingbirds to approach me).  (Click to enlarge). 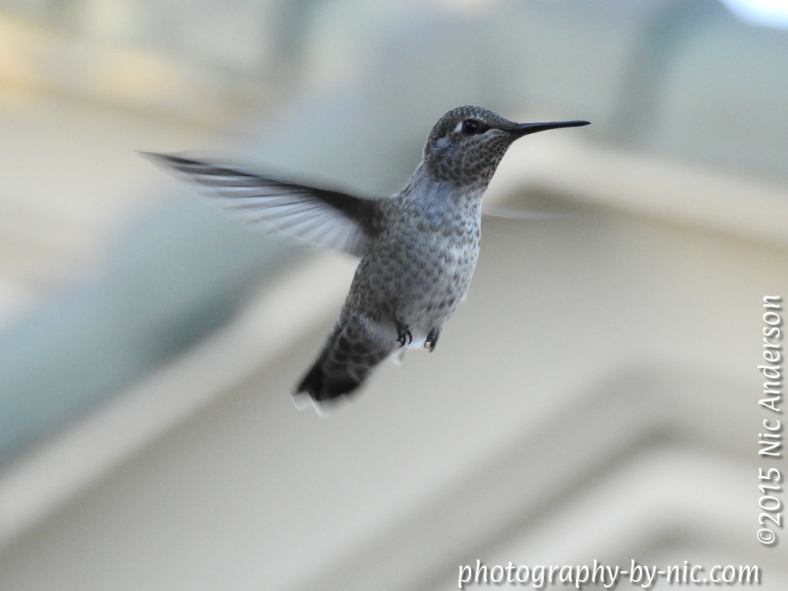 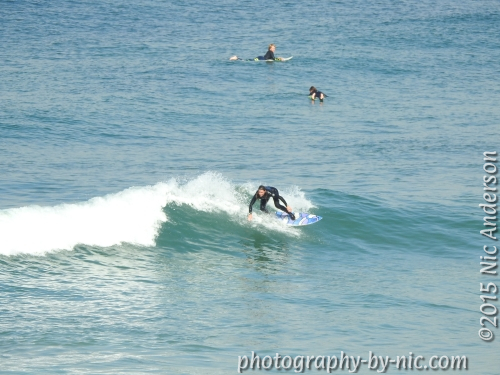 4. Lightweight.  Some of my Canon lenses are rather heavy (like my 180mm Macro) and I tend to fatigue easily.  This camera was super light and I could shoot much longer.

5. You can turn off digital zoom so that you never have to worry about it.

1. Only shoots in .jpg so if you forget to alter your white balance you might find yourself in desperate need of post processing.  I found a fairly easy way to fix this, it is my topic for this week’s AB Friday (come back Friday for more info). 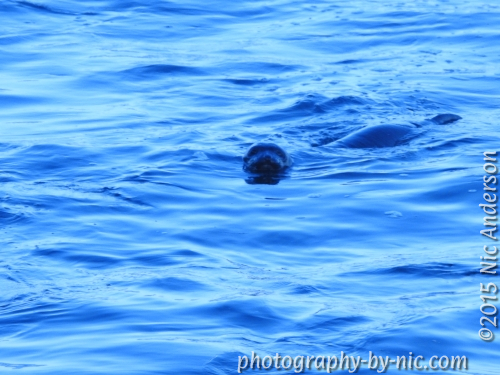 2. The settings take some getting used to… Metering and Focusing are a bit different from a Canon, but I figured it out in the end.  With some practice I will be more proficient.

3. Aperture only goes from f/2.8 to f/8.0.  The maximum aperture at f/2.8 is variable getting smaller the more zoomed out you get, which I expected.  The minimum aperture at f/8.0 was a surprise though, not being able to set my aperture to f/22 is a strange concept.

4. Doesn’t tell you what your focal length is.  Since I like to shoot in manual, I tend to be aware of my focal length so that I can set my shutter speed accordingly (i.e. Focal Length 100mm = Minimum Shutter Speed 1/100s).  I’m still exploring this, so far I have only been able to find out my focal length once I have the image on the computer and run an EXIF program on it.

5. The battery charger hooks directly to the camera.  I purchased a separate charger so that I could charge the battery without having to plug the camera into the socket.

6. The battery is difficult to find.  Finding a Nikon brand (second) battery for this camera has been harder than I expected, even though this is the same battery that was used for the Nikon P600.  None of the local camera shops, nor Amazon carry it.  I found it at Adorama.com and B&H Photo, both on back order.  I ordered it from B&H Photo, one day it will just arrive on my doorstep.

7. Not super great at macro.  My depth of field was lacking in subjects I was close to (it was superb in far away subjects).

Overall, I am very pleased with the Nikon CoolPix P900.  It will take some more practice on my part to get used to the differences.  And for the most part, the cons can be worked around.  I really wish I could figure out my focal length, though.

The up-the-nose shots were the selling point for this camera, and it did not disappoint!  But my Canon and all my Canon lenses will not collect dust, I will still need them for specific situations like macro work.

Have you switched camera brands before?  Are you as impressed as I am with the 2,000mm optical zoom of the Nikon CoolPix P900?  Have any other comments you’d like to share?  Let me know, I’d love to hear from you! 😀