I really had no idea what I was going to do this week.  I have a bunch of stuff I’m supposed to get done today, so I thought I’d do something quick and easy… but once I did that, the image was meh and bored me to tears… so I tossed it out.

Normally I try to go for learning something new… today I think I just practiced what I already knew and tried out a few things I was curious about.

Part of the problem I’m having is that the only thing I really like in the photo is the hot air balloon itself.  The sky is boring, the houses are meh… basically, I found myself not even liking the photo today when I sat down to do my next version.

My husband suggested putting the hot air balloon into another one of my photos, but I don’t really have photos of things a balloon would be found in.  I could have the balloon hovering in the background of a picture of my dog, maybe that is something I will explore next week.

But like I said, I have a long to-do list and thought I’d try something that wouldn’t take awhile… which of course is not what happened.  Oh well.

So for today’s image my goals were to make the sky more interesting and to make a better crop.  This means that I added a new photo into the mix and I moved the balloon again. 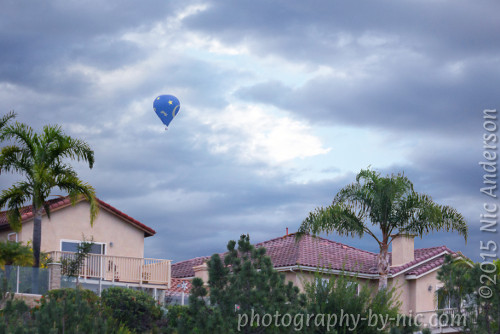 EDIT: I had a suggestion to increase the size of the balloon, I liked the idea and given the clarity of the balloon this is as big as I could get it before noise was introduced… what do you think? 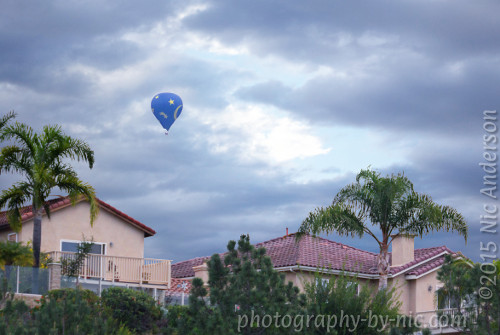 EDIT 2: I had a suggestion to increase saturation and contrast to make it look less flat and give it more punch… I added saturation, contrast, another gradient from the sky to the houses and then painted a gradient on the balloon to make it look more 3D… the blue in the sky might be a little too much… what are your thoughts? 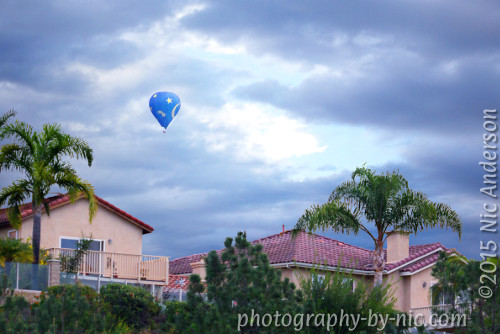 I had a photo of some storm clouds rolling in, and I wanted to tone that down a bit, because who in their right mind would be in a hot air balloon in that kind of weather?  I tried to lighten the clouds and spread them out a bit and put a small light source over the house, in hopes that it looks like the clouds came quickly, but won’t be a problem since they are about to land… I don’t know if that is what I achieved or not.  As for the crop, I moved the balloon again so that it would be in the cross-hairs of the rule-of-thirds guides… but now the balloon is higher in the air and might take longer to land?  Ugh.  I’m on the fence with this one.

Kind thoughts and comments are welcome!  Do you like it or not?

Here is the original photo… 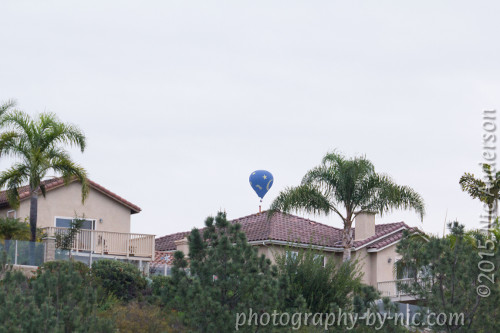 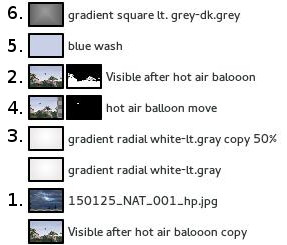 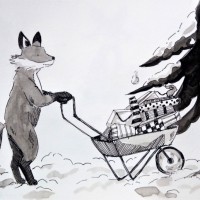 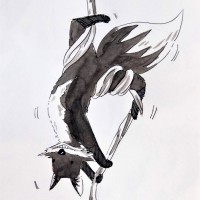 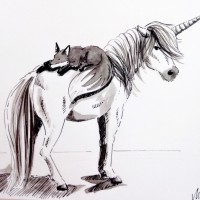 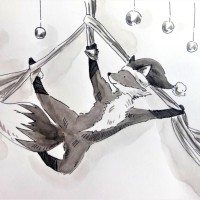 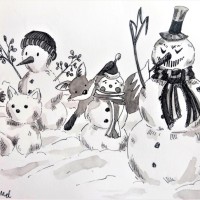 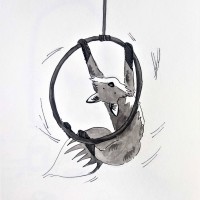 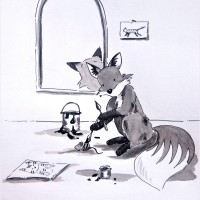 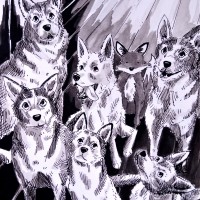 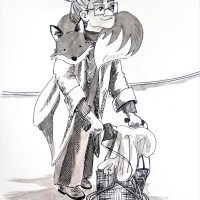 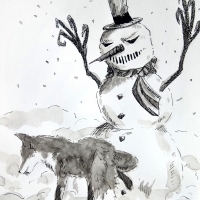