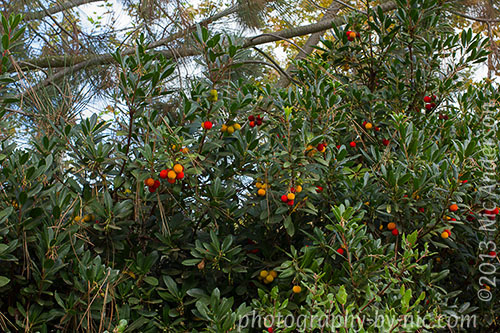 Upon further inspection I realized that these ‘cherry tomatoes’ were not cherry tomatoes at all.  In fact, they were spiky balls. 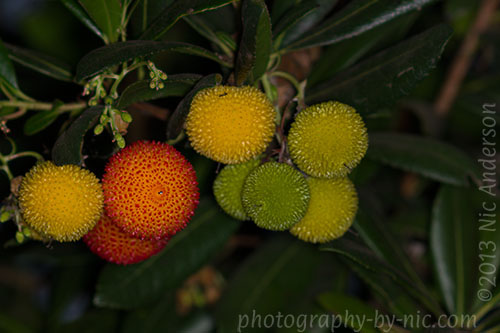 While I was taking photos of these odd spiky balls, the gardening crew drove by.  A few minutes later, as I was leaving, the guy driving the gardening truck spoke to me out of the window.  He said, “Hi! I noticed that you were taking pictures of the Strawberry Tree.” 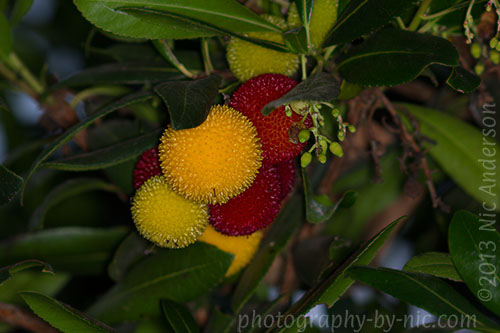 Then he got out of the truck and walked towards one of the Strawberry Trees.

Our conversation went on, where I said something like, “Oh? Is that what that is?”  And him explaining that the tree was from the Mediterranean Region and that the balls were edible… That they tasted similar to apricots.  He told me that the red ones were the ripe ones, as he plucked one from the tree, blew on it, and popped it into his mouth.  He told me that the birds and squirrels love them.

I didn’t try one, but I was intrigued. He said that the tree was called ‘Arbutus’.  I thanked him for the info and we went our separate ways.